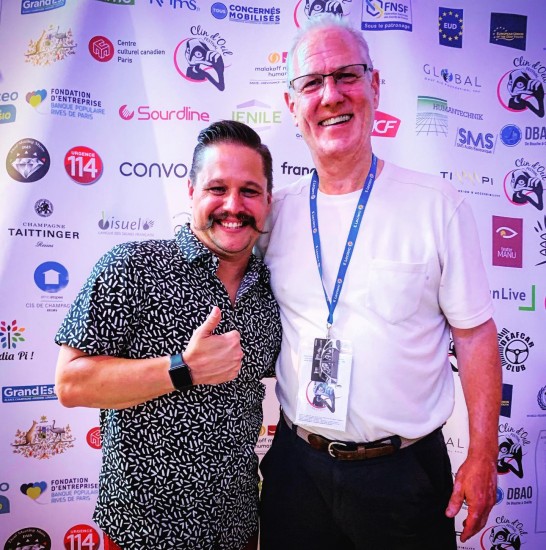 According to the Festival’s official website, the Clin d’Oeil is organized biannually by the CinéSourds Association "whose vocation is the discovery of Sign Language in all its diversity of its culture and its artistic forms."

In March 2019, “The Boy Who Cried Wolf” part of the DawnSignPress Once Upon a Sign Series was elected to screen at the festival in the 2D/3D animation category. There are a total of six different film categories altogether including:

During the week of the festival, “The Boy Who Cried Wolf” was nominated as a finalist. Ben Bahan, Co-Director, attended on behalf of the media and publishing company along with one of the actors from the film, Jon Savage.

Bahan,who is also Professor/Co-Director of Prog. Development for 6th Street Project at Gallaudet University, said: “It was an honor to represent DawnSignPress and to see the film being shown to thousands of attendees every day. Congratulations to those who were involved with the production of the series --the actors, writers, directors, producers and crew!"

Clin d'Oeil will have a spinoff event called Oiol Festval that will take place in Washington, D.C., from July 9 to 12, 2020.

About DawnSignPress: DawnSignPress is a media and publishing house that creates, develops, produces, publishes and distributes quality American Sign Language (ASL) and Deaf culture-related materials. DawnSignPress is on the cutting edge of the educational, cultural, and social trends in the Deaf world. Deaf-owned and -operated, DawnSignPress produces educational materials that raise standards in ASL education, break new ground in ASL literature and the arts, and preserve the unique and rich contributions of the Deaf and signing community.